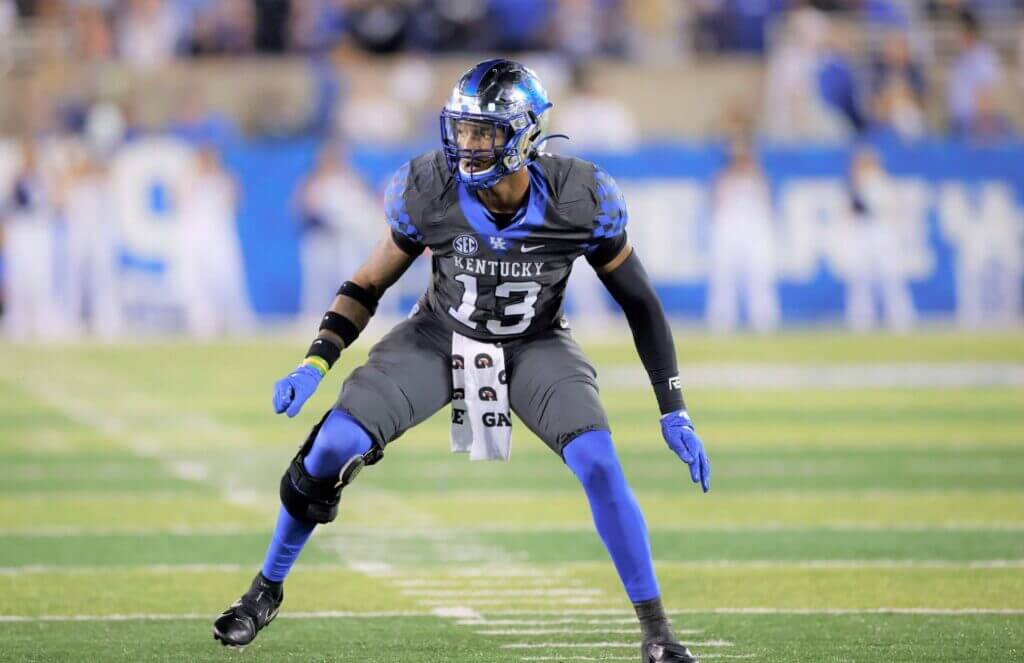 LEXINGTON, Ky. – On the best night of his life, JJ Weaver briefly panicked. Where is Mom ? How would he find her in this rough sea of ​​humanity? When Kentucky finally beat Florida in a home football game, which hadn’t happened since 1986, people poured over the wall like water over Niagara Falls. Weaver should swim against the tide. It was as if 60,000 fans wanted the Kroger Field to celebrate and he was the only non-Gators player who wanted to leave.

Weaver, a 6-foot-5, 230-pound outside linebacker, passed the oncoming crowd and walked over to his mother’s seat in the stands. His field assault brother caught him first. Where is Mom ? She was too worried to watch the final moments of Britain’s 20-13 win, sealed with a fourth save in the end zone with 18 seconds remaining and let her nervous energy go into the hall. She waited for Weaver outside a tunnel for the players to lead from the field to their locker room.

From there, Stacey Sherrell saw that a giant party was underway and figured it would be some time before her son came out of this jubilant horde. Either way, he’s always the last player to leave the pitch. It startled her when Weaver leaped into the tunnel before one of his teammates, shouting his name and galloping at such speed that Sherrell wondered if anyone had been injured in the pandemonium. She was even more surprised when Weaver jumped over a metal barrier at her waist, wrapped her in a bear hug, and nearly lifted her off the ground. He yelled: Mom, I did it!

“He was so happy,” Sherrell said, “and it just tore me apart.”

She cried. He is crying. They stood there sobbing together for a little while, quietly considering all that Weaver has endured – and conquered – over the past 16 months.