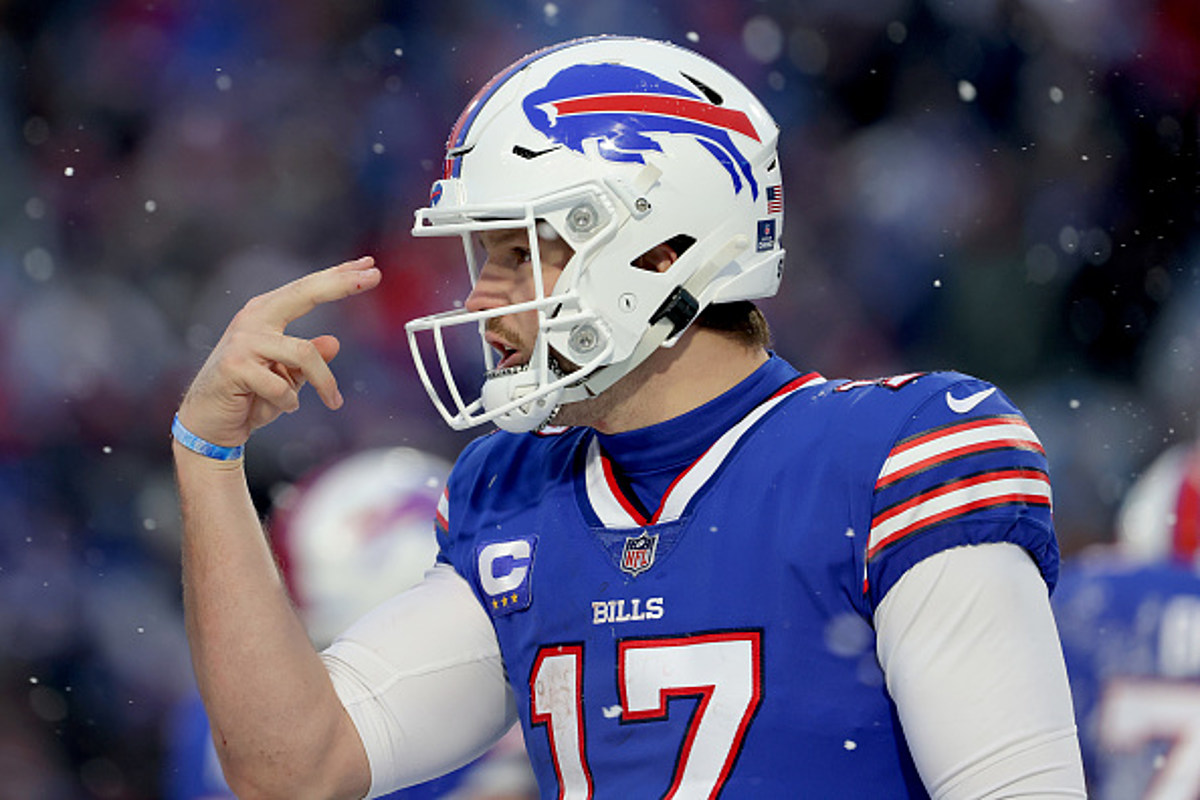 The Buffalo Bills head to the playoffs for a third straight season and fourth of five seasons, following their 29-15 victory over the Atlanta Falcons at Highmark Stadium on Sunday.

Buffalo also needed a loss to the Baltimore Ravens to clinch a playoff berth, which happened as they lost to the Los Angeles Rams 20-19.

The Bills can win the AFC East with a victory over the New York Jets next Sunday, or a loss for the New England Patriots to the Miami Dolphins. The Bills could be anywhere among the seeds 2-7 in the AFC playoff picture, but the most likely seeds are 3 or 4.

After the win, Bills quarterback Josh Allen was interviewed in the snow by FOX Sports. He spoke about the win and how the Bills ran the ball to win, rather than pass, which wasn’t usual for Buffalo.

Josh also opened up about the playoffs and at the end of the interview Allen made sure to say what most people say in Buffalo when they leave. Not goodbye, but rather “Go Bills”.

Watch the interview below.

I love the way Josh briefly raised the microphone, but then he remembered and released it very quickly to say “Go Bills”. If you watch Josh’s post-game interviews with national broadcasts enough, you might know he’s trying to drop a “Go Bills” at the end of each one.

Allen and the Bills will look to win against the Jets in Week 18 to secure at least one home playoff game. The most likely opponents in the first round are the Patriots, Colts or Raiders.

The Bills are in the playoffs and you can now purchase playoff gear.

Jerseys You Should Never Wear at a Buffalo Game

You should never be caught wearing these jerseys.

Sometimes being a sports fan in Buffalo is like knowing another language. Here are 22 of our favorite Buffalo sports phrases that you already know if you’re a big fan! And if you’re new here, here’s how to catch up.

KEEP READING: Here Are 50 Of The Most Famous Sports Goofs