A TOP plastic surgeon was stabbed by a rival doctor who crept into his mansion with gasoline to burn him – in full camouflage, a court heard.

Peter Brooks, 58, ‘hated’ top doctor Graeme Perks, 65, for giving evidence about him at a disciplinary hearing, it is said.

He cycled to the home of million-pound burns expert Mr Perks in full military dress, armed with a kitchen knife, jerry cans of petrol and matches, a court heard.

Jurors heard the surgeon then spread fuel around the property in an attempt to burn it with the Perks family sleeping inside.

But when his potential victim was awakened by the noise and came downstairs to investigate, Brooks stabbed him in the stomach, leaving him to fight for his life.

Mr Perks was rushed to hospital after being found by his wife and son, and placed in an induced coma after losing six liters of blood. 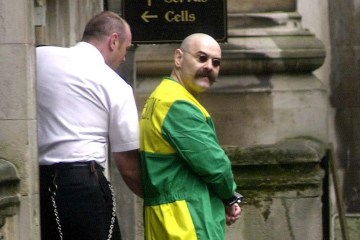 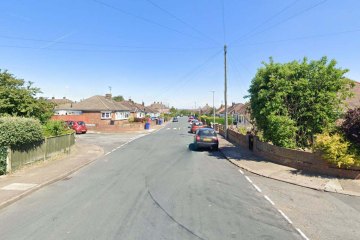 He only survived the 3-inch deep wound, which experts say killed 95% of patients, thanks to “quick action and incredible surgical skill”.

Nottingham Crown Court heard Brooks was found ‘cold and asleep’ in a garden and taken to hospital where he was later arrested.

The prosecutor said: “The statements of Mr. Perks were served and constituted evidence in these proceedings.

“There is no doubt that on January 14, the defendant had had enough of these procedures.

“Equally clearly, according to the Crown, he decided that instead of following the law, he was going to take the law into his own hands.”

The court heard that Brooks had traveled a mile to Halam, Notts., where a colleague from Nottingham University Hospitals NHS Trust, Mr Perks, was sleeping with his wife Beverley, 68, and their adult son Henry.

Ms Ayling said: ‘The accused was dressed in a fully camouflaged jacket, trousers and hat. He had a headlamp. He rode his bike armed with a crowbar, cans of gasoline, matches and a knife.

“His intention was, according to the Crown, to break into Mr. Perks’ house, set it on fire and, if necessary, stab Mr. Perks. In short, he intended to kill Mr. Perks.

The prosecutor claimed that Brooks appeared to have entered the Perks’ home by breaking a glass veranda door in the back, allegedly cutting his hands in the process.

The court heard he was carrying two 10-litre jerry cans of fuel containing a “mixture of gasoline and a middle petroleum distillate which was not commercially available and would produce a highly flammable liquid”.

Jurors heard a fire investigation dog later find ‘clear clues’ of gasoline on the ground floor and on the stairs.

However, the court heard the plan to burn down the house was foiled when Mr Perks was awakened by a ‘loud noise’.

Ms Ayling said: ‘He got out of bed sleeping with nothing and ran up the stairs and into the living room.

In short, he intended to kill Mr. Perks.

There seemed to be a huge hole in the veranda door.

“He thought he smelled something unusual and his feet were a little wet. He saw a figure dressed in dark clothing. He thought the figure was outside.”

Mr. Perks thought the character was his son, Henry, and he asked him “what’s going on?” – how much the person turned around.

Paramedics arrived 14 minutes later and he was taken to Queen’s Medical Center in Nottingham – his place of work.

Mr Perks had to undergo emergency surgery and needed 40 units of blood within the first three hours of arriving at the hospital.

He was placed in a medically induced coma and required two more operations before being transferred to intensive care and discharged from hospital on February 15.

Brooks returned home by bicycle leaving behind “many items he had taken with him because he was disturbed and had to resort to the use of a knife rather than fire”.

Ms Ayling told jurors he left a trail of blood at his home and then left, only to be found asleep in a garden.

She said Brooks’ DNA was found on the knife and fragments of glass from the porch door were discovered on her clothes.

Brooks, of Southwell, Notts., and denies attempted murder, attempted arson with intent to endanger life and having a bladed item.