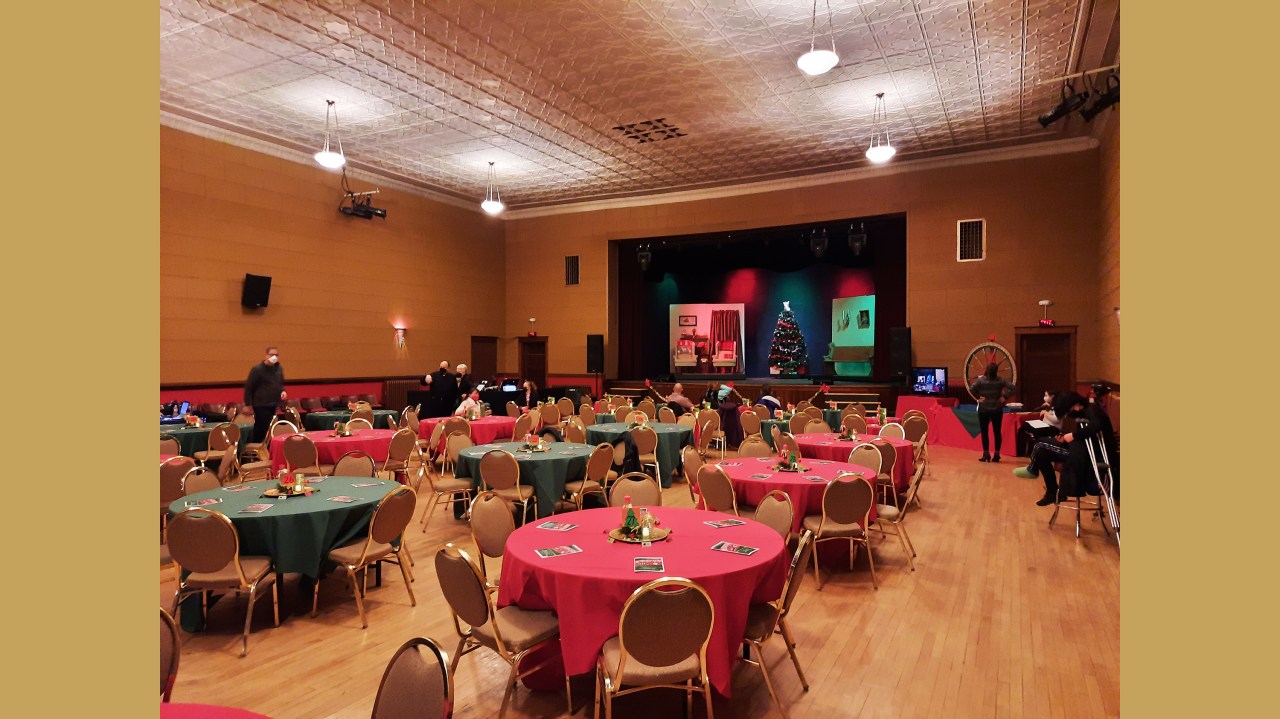 This magical mixture is particularly evident at the Gerold Opera House as the Waupaca Community Theater launches “Nuncrackers: The Nunsense Christmas Musical” in four performances.

The show is part of a series from creator Dan Goggin about a fictional order of Roman Catholic nuns who always seem to put on a show. This one is like the nuns are full stars on a cable TV show. It’s something that hardly exists anymore, but the outcome of the opening night vote on Thursday would likely be “Who cares?” It’s funny!”

There’s even a TV showing the action on stage from an internal camera that’s part of the TV show illusion.

+ A recreation of “The Nutcracker Ballet” – complete but fractured story. The Reverend Mother (Lori Zelinske) dances in a puffy pink skirt while Father Virgil (Dean Sondrol) tries to gain attention because of this other highlight:

+ A “Secret Santa” routine with Sister Mary Paul – Sister Amnesia (Kira Morrissey) who interviews randomly selected audience members on catechism type questions. One award is a set of ten commandments adhesive. “If you don’t like a (commandment),” Sister Amnesia advises, “you can just take it and throw it away. Kira Morrissey has a knack for interacting with people spontaneously – as if it comes naturally.

+ Pieces with hand puppets (made to measure), with harmonization and song.

+ “The little teapot of Santa Claus”, a picturesque song sung by the five young people who carry boards of bodies forming part of a teapot… which infiltrates. Young people are as sensitive to humor and action as adults.

+ Luster of voices in story songs, notably by Lori Zelinske (Mother Superior) in “A Carnival Christmas”, Lori Bauer (Sister Robert Anne) in “Jesus Was Born in Brooklyn” and Carmen Riebel (Sister Mary Hubert) in, bluesy finale filled with “Better give.” “

+ Malaprops from Sister Amnesia (Kira Morrissey), who goes out regularly with props and kids sing Christmas carols with the wrong words. On the one hand, “The Waffle Song” (with waffles on sticks) instead of “The Wassail Song”.

+ Messages. Creator Dan Goggin – who makes his shows quite original – always weaves layers of warmth and cuteness. That goes in addition for this Christmas spectacle.

The theater, which was packed Thursday night, was buzzing from the start. I think part of it was the adventure of being in the historic opera Gerold.

Another story: Years ago – in the last century, in 1997 – I had the opportunity to interview Dan Goggin in association with a production of “Nunsense II” in the Green Bay area. “The characters are based on five real nuns who know who they are and are huge fans of the show as well,” he said. “It’s based on their sense of humor and how they would handle some of these crazy situations. It really is real life. This is not parody. It’s the fun side of nuns as I saw them and grew up with them.

To note: Masks are mandatory for members of the public due to COVID-19 considerations.

“The Nutcracker Ballet” – The Small Hallelujah Orchestra of Hoboken

“Everything I Want for Christmas” – Sister Robert Anne

THE PLACE: Located at 136 E. Main St. in downtown Weyauwega, the Gerold Opera House was built in 1915. The building has had many lives, and the main ones have been an auditorium, a movie theater and a gathering place for weddings, dances and auctions. . Inside is a spacious room for about 250 people. The audience enters from the right rear. To the rear left is a bar. At the front is a proscenium stage (flat face) with royal red curtains. The ground is flat and made of good quality maple. The walls are beige fiberboard with the appearance of large blocks on top, with a fringe of dark wood and a dark red below. Along the walls are sections of red leather theater seating, with wooden armrests and a metal frame. The high ceiling – approximately 2 ½ stories high – is cream in color and may be an imitation of historic patterned pewter. The eight ceiling lights are in patterned frosted glass. A balcony on the second level is preceded by a dark wood balustrade. Some seats are available. A projection booth is located at the rear.