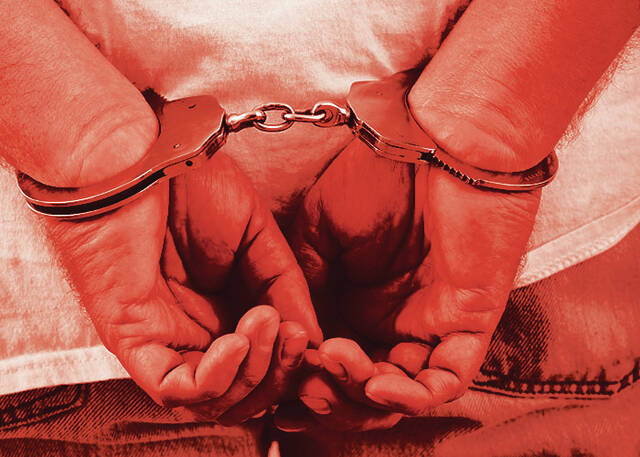 EDWARDSVILLE – A Trojan man has been charged with two counts of stalking after, among other things, entering a residence wearing only socks and underwear, court documents show.

Christopher R. Callahan, 38, of Troy, was charged on September 17 with two counts of criminal harassment, both Class 4.

The case was presented by the Troy Police Department.

Other criminal cases filed on September 17 include:

• Christopher M. Viets, 36, listed as homeless in Alton, has been charged with aggravated domestic assault, a class 2 felony, and domestic assault (second subsequent offense), a class 4 felony The case was presented by the Alton Police Department. On September 10, Viets reportedly strangled a member of the household or family. He was previously convicted of domestic battery charges in Sangamon County in 2017. The bail was set at $ 40,000.

• Michael D. Johns, 55, listed as homeless in Wood River, was charged with unlawful breach of a protection order (second subsequent offense), a Class 4 felony. The case was brought forward by the service Wood River Police Station. On September 10, Johns allegedly violated a protection order by contacting the protected person. It was noted that he had previously been convicted of violating a protection order outside Madison County on May 6.

• Kenrick A. McGee III, 25, of East St. Louis, was charged with aggravated illegal use of weapons, a Class 4 felony. The case was brought by the Collinsville Police Department. On September 16, McGee reportedly transported a loaded and accessible Century Arms TP 9mm handgun in a vehicle without a valid firearms owner ID or concealed carry permit. The bond was set at $ 10,000.