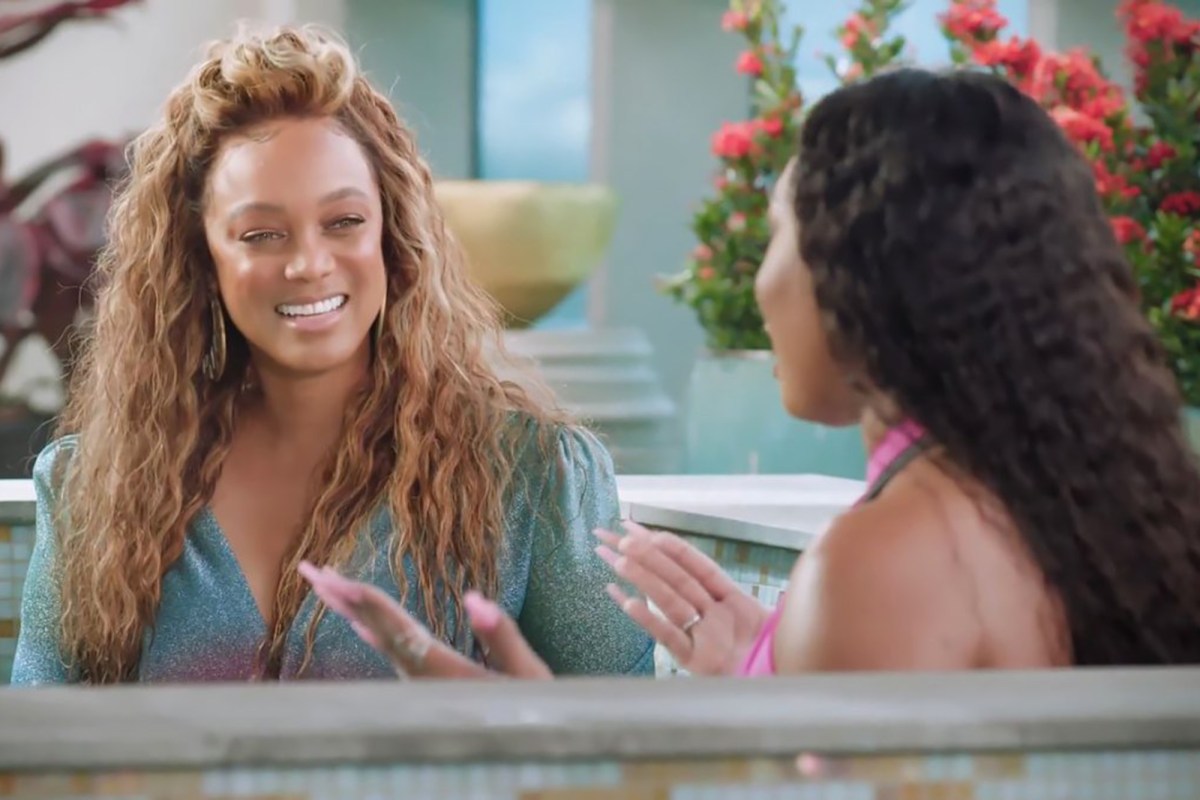 While interviewing Megan Thee Stallion in a hot tub for Sports Illustrated, Tyra Banks skipped the swimsuits, rather puzzling fans with her less-than-waterproof wardrobe choice.

While the very first rapper to cover the SI Swimsuit Issue for the occasion was dressed in a colorful cutout swimsuit, Banks, 47, who in 1997 became the first black woman to cover the bible in the solo bikini. , went with a PatBo Bodysuit ($ 475) so glamorous that many mistook it for a ball gown.

The “America’s Next Top Model” host’s sparkling style caused a stir on Twitter, as many felt her evening-inspired shoulder pads, bell sleeves and plunging neckline took a minute to soak up.

“Why did Tyra Banks put this hot heavy dress in this hot [tub],” a tweeted, while another rang with: “Why does Tyra look like she’s about to baptize Megan?”

“Tyra Banks sitting in a hot tub fully clothed was not on my July bingo card,” another joked.

Others wondered if Banks was inspired by Mariah Carey, who made waves last year when she wore a sequined dress to swim in the Dominican Republic.

It seems like you can always count on Banks to conduct an unconventional interview. While it was her first jacuzzi session, she told Megan, 26, that she played basketball while interviewing former President Barack Obama – while wearing a dress, nothing less – and had “gone to bed and interviewed Janet Jackson.”

The sexy Houston girl cited Banks as the inspiration for her Sports Illustrated Swimsuit cover dreams, saying she remembered watching the model’s historic cover in 1997.

“I was like, ‘It’s gonna be me someday,'” she recalls. ” I will do that. This woman is so beautiful. I feel like we have the same body type.

And as for the unconventional interview spot, the rapper was more than happy to bathe in the fashion montage.

Considering that the successful “Hot Girl Summer” singer even has her own swimwear collection with Fashion Nova, Banks might have had to check her out for a more waterproof whirlpool set.