Guandong Enterprises LTD DISCOVER THE ART OF PUBLISHING
Home Swim wears YO MAMA: The man with the hat | infonews

These are all things that my one year old son doesn’t understand. Unlike our friend, my son hates hats. He constantly pulls them out of his head and throws them away like soiled rags.

So when our friend came around Christmas one day, my son looked at him and you can guess what happened.

He sounded the alarm that a pro-hat wearing butterflies was in the house. Her face creased and small rivers of baby tears flooded her cheeks. Oh, that was a scene. Babies really are completely irrational sometimes.

Our poor friend tried everything to convince my moaning child that he was a friend, not a foe. He made faces. Has degraded making fart noises. Big smile. Toys offered. It was not good. My son’s decision was made and the more our friend tried, the more suspicious the child became.

Tried to bring my son to see the hat up close, maybe even touch it. 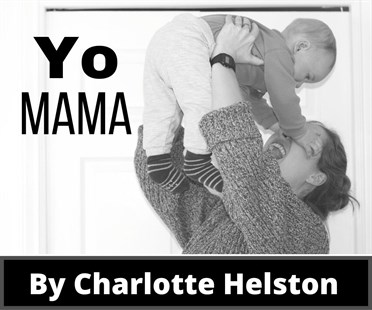 Oh, HELL NO. The boy recoiled in horror. From the safety of my arms, he glared at the man in the hat.

Perhaps, we suggested, our friend could try to take off his hat, to show our son that a normal human head was underneath.

I didn’t think I had ever seen our friend without a hat. We all waited quite anxiously as he considered the request.

Graciously, almost solemnly, he removed the hat from his head and presented it to our son with an outstretched hand. Would our son take the olive branch?

It was so quiet I could hear the clock ticking.

My son’s eyes went from the hat to our friend’s exposed head. He blinked once, twice. His eyes widened as if to grasp the gravity of what had just happened.

Removing the hat was, apparently, worse. Much worse. So terrible in fact that he launched into a whole new, louder set of cries. It was as if the child had just watched someone remove a limb.

I wondered how long the stalemate would continue. It was a strange situation, having these two very important people in our lives not getting along as well as we thought.

Eventually, in such parenting situations, you realize it’s time to give up. Because, here’s the thing: even though you created this tiny little person, you can’t control them. They have their own mind and a source of will.

The child and the friend came to a mutual understanding where they simply ignored each other. Every time the friend came, my son looked at him suspiciously.

My husband and I started joking about it.

“Honey, the man in the hat is coming later,” we’d say, and the kid would give us a look of pure disdain.

What the child didn’t realize was that something was really missing. Our friend was super fun – kind of fun to get on the floor and really enjoyed playing with toys. He was basically a tall kid at 6ft 4in.

But the top of his head came off and you just couldn’t trust a guy like that.

And so, the little dance went on for months: our friend constantly trying to seduce him, and our son refusing to be nice.

And then one day something changed. We were out for breakfast with the man in the hat and everyone was having fun, laughing, telling stories and reminiscing. My son was sitting on my lap, eating cheerios, when suddenly he rushed out of my lap and started crawling across the table towards the man in the hat.

Crawling on a table is not good restaurant etiquette, but these were extenuating circumstances.

The kid climbed onto our friend’s arm and with a quick movement took the hat off his head. He awkwardly put the hat on his own head, where it fell over his eyes. All you could see was his mouth sticking out from the bottom, a big toothy smile spread across his face. Now who looked like the madman?

In the end, it wasn’t the coddling or sucking or speaking in an artificially soft singing voice that changed my son’s mind. All we had to do was relax and have a good time. Babies are intuitive that way. They see what we are doing and they want to be in on the action.

Now the problem was going to be returning the hat. The kid hadn’t yet learned to share.


– Charlotte Helston gave birth to her first child, an exuberant baby boy, in the spring of 2021. Yo Mama is her weekly reflection on the wild, exhilarating, beautiful, messy and awe-inspiring journey of parenthood.


We appreciate your comments and opinions on our stories, but play well. We will not censor or delete comments unless they contain off-topic statements or links, unnecessary vulgarity, false facts, spam or obviously fake profiles. If you have any concerns about what you see in the comments, email the editor.